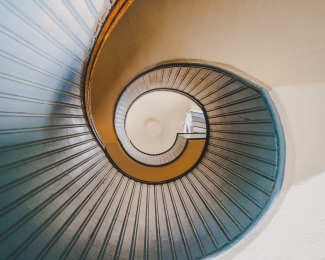 Who is eligible to apply?

Students who have completed all prerequisite courses or are currently enrolled in their last prerequisite(s) may submit an application.

When can eligible students apply?

Students are encouraged to submit an application in the semester they are completing their last prerequisite(s).

Applications are generally accepted on a rolling basis but must be submitted within the applicable time frame expected by the College of Letters & Science. For example, students intending to double major must submit their applications prior to the first day of classes in the term in which they intend to graduate.

When are applications processed?

If I took the AP Exam, A-Levels, IB or courses at another college, can I waive out of the pre-major Math requirements?

The Statistics Department defers to the Mathematics Department’s evaluation of course equivalence to the pre-major requirements. Here are currently established standards:

Students who took courses at a California community college can determine whether those courses are equivalent to UC Berkeley courses using the Assist.org tool. Courses taken at another 4-year institution or a community college outside of California need to be evaluated by the Mathematics Department . Bring the completed evaluation(s) with you when you are ready to declare the major.

If you have A-Level Math exam credits or an International Baccalaureate (IB), you can waive out of Math 1A and/or Math 1B. We abide by what the Math Department deems as equivalent, which is subject to change:

If you have taken equivalents of ALL FOUR prerequisite courses at non-UC institutions, you are still required to take at least one Math course at Berkeley to establish a UC GPA. You may choose Math 54 (B+ required) or Math 110 (B required) or alternative course with consent of the Head Undergraduate Faculty Advisor.

If you have only completed Math 16A, you must still complete Math 1A or equivalent (at another college is fine as long as it is equivalent according to assist.org or the Math Department). If you took both Math 16A and Math 16B, you can waive out of Math 1A, but must take Math 1B or equivalent. Students can no longer take Math 49 to learn the Math 1B material lacking in Math 16B.

Students who have completed the Math 10A-10B series should see the Head Undergraduate Faculty Advisor. Bring a copy of your transcript.

Generally, NO. The Statistics Department defers to the evaluation of the UC Extension courses by the UC Berkeley Math Department. In Spring 2012, the Math Department faculty reviewed the X1A-B curriculum and deemed the online X1A and X1B courses not equivalent to Math 1A-B at UC Berkeley. Students who have not yet taken X1A or X1B should NOT take them to satisfy Statistics major requirements. Students who have already taken X1A-B may request an evaluation from the Math Department to determine if Math 1A or 1B need to be taken. Grades in other math courses like Math 53 and Math 54 are factored into whether or not a student would need to take 1A or 1B.

Please note: Math XB1A and XB1B (in-class courses offered through the Fall Program for Freshmen) ARE equivalent to Math 1A and 1B and are accepted as prerequisites for the Statistics major. These courses are different from the online Math X1A and X1B offered through UC Extension.

Yes, Math N1A, N1B, N53 and N54 taught at UC Berkeley are summer versions of Math 1A, 1B, 53, and 54; and Math W53 is the web-version of Math 53. The format of these courses are different than those offered in Fall and Spring but the content is the same so they can be used to satisfy Statistics major math prerequisites.

I took a prerequisite and earned a P. Can I declare?

No, you must earn at least a C in each prerequisite before you can declare and meet the minimum 3.2 math prerequisite GPA. To calculate the GPA, a letter grade is required. You will need to repeat the course or see the Head Undergraduate Faculty Advisor about alternatives, such as taking an upper division math course. These kinds of exceptions are considered on an individual basis by the Head Undergraduate Faculty Advisor and are rare.

Due to the extenuating circumstances of Spring 2020, Fall 2020, Spring 2021, and Summer 2021 please see Response to P/NP Default Grading Option For Spring 2020 or FA20 and SP21 Grading Policy for the Statistics Major which outline exceptions to the letter grade requirement. The FA20 and SP21 grading policy is applicable to Summer 2021 as well.

I received a C- in a prerequisite. Can I declare?

No, you must earn at least a C in each prerequisite before you can declare as well as have at least a 3.2 GPA in the math prerequisites. You will need to repeat the course.

Effective Fall 2019, Math 1A and Math 1B cannot be taken after completing Math 53 and/or Math 54 at UCB to increase the math prerequisite UC GPA.

I am enrolled in my last prerequisite. Can I declare?

You can submit an application, but you will not be declared until all prerequisites are completed. We do not offer conditional declarations.

Do the NEW PREREQUISITES apply to me?

Is there a deadline to declare?

No, you may declare the Statistics major as long has you have completed the prerequisite requirements and your grades are verifiable. However, the College of Letters & Science has policies relating to units caps and may not approve Statistics as a second major if successful completion of the major is not feasible within the allowed timeframe. Students wishing to double/triple major must declare at least one semester prior to graduation. There are no exceptions.

It is advisable to declare as early as possible so we can track your progress and ensure that your applied cluster courses are approved before you take them. Additionally, declared students receive priority when registering for upper division Statistics courses. Students may generally submit their application during the semester in which they are finishing their last prerequisite(s), but applications are only processed at designated times.