The Jerzy Neyman room is equipped with several A/V components to facilitate web conferencing and traditional presentations, and the recording of either.

When the system is turned off, the LCD panel will display: 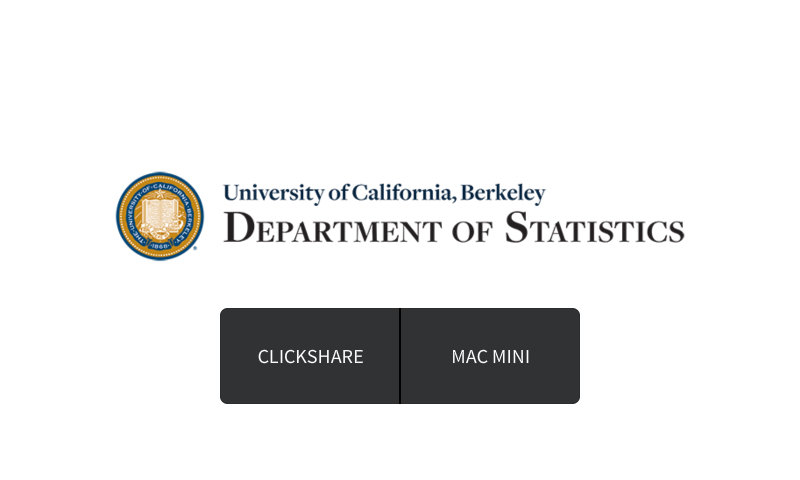 Press ClickShare to conduct the presentation from a laptop, otherwise press Mac mini to activate the in-room computer. Choosing either option will cause the projector to turn on and the screen to descend from the ceiling. If neither option is displayed, press the home icon, 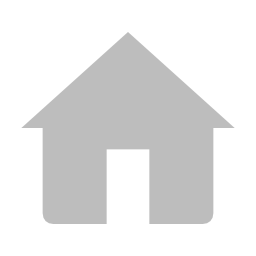 , which is found on the right edge of the LCD panel. To turn off the projector, press the power button, 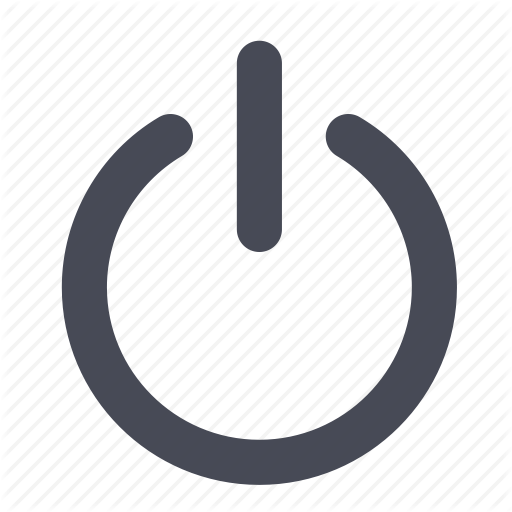 , on the top right edge of the LCD panel.

The Mac has has standard presentation software installed such as Microsoft PowerPoint, Adobe Acrobat Reader, and Apple Preview and Keynote. You can host web meetings with Google Hangouts or Zoom software which can also accommodate those to need to call in remotely. Other options include Skype and http://appear.in.

There's an optional HDMI video cable on the left side of the media cabinet along with two adapters: Thunderbolt (mini DisplayPort) and USB-C.  Select the "ClickShare" option on the Crestron LCD and connect the cable to your computer. The display may initially take a few seconds to project.

When either the Mac or Cable (ClickShare) are active, the LCD will display: 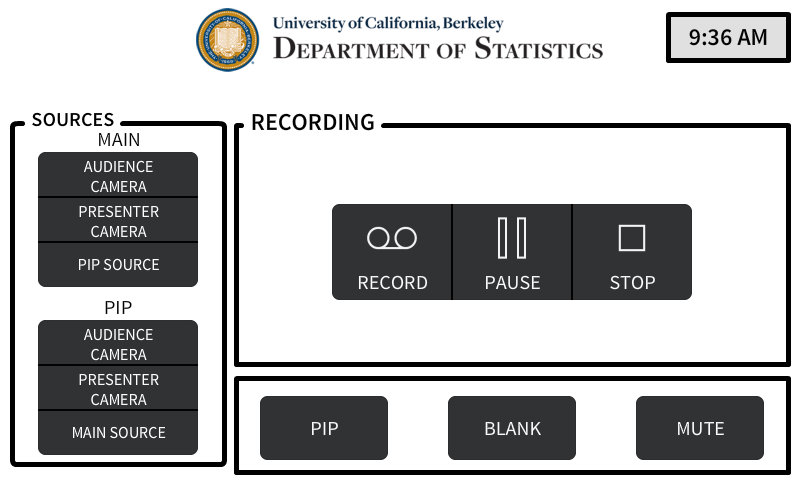 The large Record, Pause, and Stop buttons control a recording device. The recordings will contain whatever is displayed on the projector as well as the audio that is received by the microphones. You can download your recordings by inserting a USB stick into the recorder located in the cabinet, or by visiting http://mossel.stat.berkeley.edu. The credentials for the latter are located in the room and in the intranet.

To download via USB stick directly from the recorder, do the following:

There are two video cameras mounted on the ceiling. One is positioned facing the audience while the other faces the speaker. Either may be remotely controlled for fine tuned adjustments. When the Mac mini is active, selecting either camera as the main source on the left side of the LCD will set that camera to be active within all web conferencing applications. You can also enable Picture-In-Picture (PIP) to have the secondary camera displayed within a small area on the lower portion of the screen. Press the PIP button to activate or deactivate this feature. This may be convenient if you want to, for example, have the table displayed as the primary source for web conferences but then have the whiteboard displayed at the same time (or vice versa). Pressing the Audience Camera or Presenter Camera buttons bring up camera controls to alter direction or zoom. There are a couple of built-in presets for common perspectives. 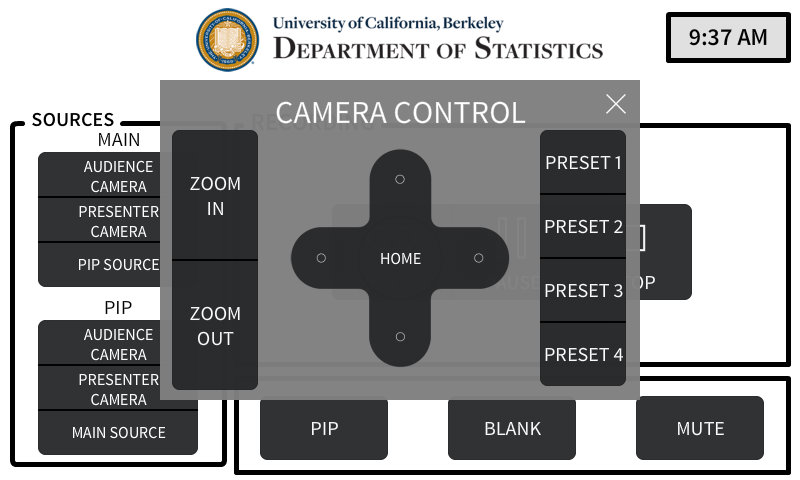 The system is setup to accommodate what we believe are the most commonly used arrangements. Though the equipment can be configured in many different ways, we have distilled these options down to a small number of choices accessible from the LCD panel. If these defaults are insufficient for your talk or presentation, please contact SCF staff so that we can work with you on preparing something more suitable.