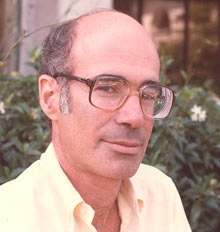 David A. Freedman was Professor of Statistics at the University of California, Berkeley. He also taught in Athens, Caracas, Jerusalem, Kuwait, London, and Mexico City. He is the author of several books, including a widely-used elementary text. He has about 200 papers in the professional literature, and was a member of the American Academy of Arts and Sciences. In 2003, he received the John J. Carty Award for the Advancement of Science from the National Academy of Sciences, recognizing his “profound contributions to the theory and practice of statistics.”

Freedman worked on martingale inequalities, Markov processes, de Finetti’s theorem, consistency of Bayes estimates, sampling, the bootstrap, procedures for testing and evaluating models, census adjustment, epidemiology, statistics and the law. His research interests included methods for causal inference, and the behavior of standard statistical models under non-standard conditions; for example, how do regression models behave when fitted to data from randomized experiments? (Not as expected, is the short answer.)

Freedman consulted for the Carnegie Commission, the City of San Francisco, and the Federal Reserve, as well as several departments of the U.S. government. He testified as an expert witness on statistics in law cases that involve employment discrimination, fair loan practices, duplicate signatures on petitions, railroad taxation, ecological inference, flight patterns of golf balls, price scanner errors, sampling techniques, and census adjustment.