This is a reprint of the UC Berkeley in Memoriam 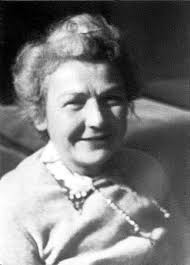 Evelyn Fix was born in Duluth. She studied mathematics at the University of Minnesota where she earned an A.B., an M.S., and an M.A., in 1924, 1925, and 1933. In the summer of 1931 she attended a course in mathematical economics taught by Griffith C. Evans, subsequently Chairman of the Department of Mathematics at Berkeley. This acquaintance was to develop into what Evelyn used to describe as a cordial friendship with the Evanses and is likely to have contributed to her decision to come to Berkeley for a summer session of 1939. A year later she came to stay, starting as a Research Assistant in the Statistical Laboratory (then a part of the Department of Mathematics) working on a research project of the Applied Mathematics Panel of the National Defense Research Committee.

The war years were hard. They brought difficult, but occasionally interesting problems. Every demand on the Laboratory emphasized urgency; the practical solutions of the problems meant the determination of optimal plans, the probability of success of this plan, of that plan, numbers and more numbers. High speed computers did not exist; all the numerical work had to be done on desk calculators consuming much time and effort. Endowed with unusual energy and with a special spirit of getting the job done and done right, Evelyn spent days and nights at her machine, aided by a group of students and some faculty wives, so that the needed results could be transmitted on time, usually to New York but occasionally directly to England. During these years Evelyn also continued her own studies and lectured to students.

The end of the war found Evelyn with a very substantial experience in practical statistics, with an extensive table of the bivariate normal distribution computed in the course of the war work, with several reports written for the National Defense Research Committee, and also with an incipient Ph.D. thesis. In 1948, the thesis was completed and Evelyn Fix received her Ph.D degree. She thus became a regular member of the faculty, acquiring the rank of Professor of Statistics in 1963.

Miss Fix participated in the organization of the Statistical Laboratory and then of the Department of Statistics, essentially from the very start. It pleased her to see statistics come alive and she contributed a great deal to the spirit of the Laboratory and Department. In addition to other qualities she had an unusual gift for cooking and many of us will long remember her hospitality, at her apartment and, later, at her home with F. N. David in Kensington.

In the scholarly work of Evelyn Fix, several periods are discernible: war problems of probability with heavy numerical calculations; then preoccupation with a theroretical problem in probability which became her thesis; next came a period of cooperation with Joseph L. Hodges, Jr., especially on problems of discriminant analysis; a period of cooperation with J. Neyman which led Miss Fix to the computation of her tables of the power of χ² test and to studies of problems of risks; and lastly a period of cooperation with F. N. David on statistical problems of biology and health. Now in press are studies of the connection between chromosome patterns in human cells and abnormalities in man, and also some epidemiological studies. Aside from her own research, Miss Fix was very generous and very able in helping colleagues from the University and the community at large with statistical questions arising in their research. Many footnotes acknowledge this help.

Apart from teaching and research, Evelyn was eager to engage in other activities. In 1952 she spent several months in Bangkok, Thailand, at the Statistical Training Center organized by the Food and Agriculture Organization of the United Nations (FAO). This involved both teaching and organizational work. Evelyn returned enthusiastic, both about her trainees from eleven different countries in Asia, and about the organizing group in FAO. At home, Evelyn took a very active part in the building of Berkeley Symposia on Mathematical Statistics and Probability, organized at five-year intervals beginning with 1945. Because of limited funds the organization required an unusual amount of work on detail on which Evelyn spent uncounted hours. After each symposium there was the problem of publishing the voluminous Proceedings and this involved more work, both proper editorial work and reading the proofs.

Evelyn died of heart attack two hours after returning from the banquet of the Fifth Berkeley Symposium, December 30, 1965, at which she acted as one of the hostesses. She will be remembered by hundreds of former Berkeley students whose interest, both scholarly and personal, she shared and whom she was always ready to help. These friends and colleagues collected a fund, the Evelyn Fix Memorial Fund, the proceeds of which will be used for annual prizes to the most promising student in statistics.