In Memory of Leo Breiman

In Memory of Leo Breiman 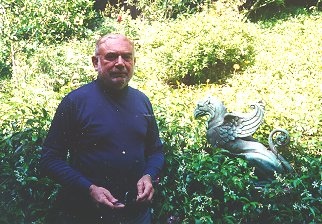 Leo Breiman, professor emeritus of statistics at the University of California, Berkeley, and a man who loved to turn numbers into practical and useful applications, died Tuesday, July 5, 2005 at his Berkeley home after a long battle with cancer. He was 77.

A faculty member in the Department of Statistics since 1980, Breiman was a man of remarkably wide-ranging interests, including probability theory, mathematical statistics and cutting-edge statistical computation. He inspired and challenged his students and once said he'd advise a student considering a career in statistics today to "remember that the great adventure of statistics is in gathering and using data to solve interesting and important real world problems."

Just prior to his passing, Breiman was awarded the SIGKDD Data Mining and Knowledge Discovery Innovation Award, the highest technical award in these two areas. It is given for significant technical innovations in data mining and knowledge discovery that have been transferred to practical uses in significant ways or have notably influenced the direction of research and development in the field.

Breiman also was a talented amateur architect who designed the North Berkeley home he shared with his wife of 16 years, Mary Lou Breiman; he once worked as an educational statistician in Liberia; and he served for a time as board president of the Santa Monica School District.

"It is trite to say so, but Leo Breiman was indeed a Renaissance man, and we shall miss him greatly," said Peter Bickel, professor of statistics and chairman this summer of UC Berkeley's statistics department.

"My father was, in the very old sense of the word, a 'learned' person. He loved knowledge, both to gain it and to pass it on to colleagues and students," said Breiman's daughter, Jessica Breiman.

Leo Breiman was born in New York City on Jan. 27, 1928, the only child of Eastern European immigrants Max and Lena Breiman. His father was a tailor and sewing machine operator, and his mother was a housewife. When Leo was five, his parents brought him to California - first to San Francisco and then to Los Angeles, where he graduated from Roosevelt High School in 1945.

In 1949, he earned a degree in physics from the California Institute of Technology. He then decided to study philosophy at Columbia University, but was persuaded to return to mathematics when the head of the philosophy department confided that his two best Ph.D.s couldn't find jobs. He received a master's degree in mathematics from Columbia in 1950, supporting himself during summers as a waiter in the Catskills and as a member of the U.S. Merchant Marine.

After earning his Ph.D. from UC Berkeley in 1954, he was hired to teach probability theory at UCLA. In a 2001 interview with the journal Statistical Science, he said that while at UCLA, he concluded that math education for children was "all wrong because they wound up thinking of mathematics as an awful, boring subject that had nothing to do with the everyday world around them."

So, he volunteered to teach math to two 5th grade classes, one of them for emotionally disturbed youngsters. "I had a wonderful time, and the kids had a wonderful time," Breiman said in the article. "We played all kinds of games. They were learning Cartesian geometry, algebra, and all sorts of sophisticated things under the guise of playing games."

He told the journal that seven years later he realized he "wasn't cut out to be an abstract mathematician" and resigned from his tenured position at UCLA. For the next six months, he lived off money he'd withdrawn from his UCLA retirement savings in order to write what would be the very influential graduate textbook "Probability Theory."

Following his resignation from UCLA, he spent years as a statistical consultant, developing and using new statistical methods to predict such matters as patterns of traffic on the freeways, bottlenecks in the court system and next-day ozone levels in the Los Angeles basin.

Breiman took his first sabbatical working for UNESCO and was hired as an educational statistician in Liberia to find out exactly how many students were in the country's schools. At the time, there were only 50 miles of paved road in the entire country, and many schools were in virtually inaccessible areas of the rain forest. Breiman formed 20 teams to walk throughout Liberia, going into villages, calling children out of the schools, and then counting them.

While Breiman was in Southern California, he also helped poor young Mexican youth learn English so they could find employment in their country's tourism industry. His interest in education led him to run for the Santa Monica School District board, where he ultimately served as president.

After joining the UC Berkeley faculty in 1980, he established the department's Statistical Computing Facility. At the time, the department had only a small computer with 32 kilobytes of main memory. Computing was done on a large main frame in Evans Hall. Today, the department computer facility is home to no fewer than 2,000 accounts a year with four full-time staff members. The SCF, as it is called, also supports computing in the biostatistics division of the School of Public Health and the econometrics lab in the Department of Economics.

Breiman retired in 1993, but as a Professor in the Graduate School, he continued to get substantial National Science Foundation grants and supervised three Ph.D. students. Bickel said that some of Breiman's best work was done after retirement.

"In particular," said Bickel, "he developed one of the most successful state-of-the-art classification programs, 'Random Forest.' This method was based on a series of new ideas that he developed in papers during the last seven years, and it is extensively used in government and industry."

Breiman's best known work is considered to be "Classification and Regression Trees," a work in collaboration with three other scholars that facilitates practical applications, such as the diagnosis of diseases, from a multitude of symptoms.

During his career, Breiman was elected a member of the National Academy of Sciences and of the American Academy of Arts and Sciences.

He is survived by his wife, Mary Lou, of Berkeley; and daughters, Rebekah and Jessie, both of Salt Lake City.

A memorial service was held in the Fall 2005 at UC Berkeley. Contributions in his memory may be sent, earmarked for the Leo Breiman Fund, to: Department of Statistics, UC Berkeley, 367 Evans Hall, Berkeley, CA 94720-3860. These contributions will go to funding a prize in applied statistics and, if sufficient, a graduate fellowship in that field.