Professor Emeritus Leo Goodman passed away yesterday, at the age of 92.

Professor Goodman joined UC Berkeley in 1986, as Class of 1938 Professor in the Sociology Department and the Statistics Department, and retired in 2017. 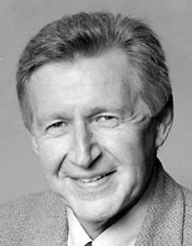 During his long and distinguished career, he made seminal contributions to statistical methods in the social sciences, including the analysis of categorical and survey data. He was an elected member of the three main learned societies in the U.S.: the National Academy of Sciences, the American Academy of Arts and Sciences, and the American Philosophical Society. He received numerous awards including the American Statistical Association's Samuel S. Wilks Memorial Medal, the Institute of Mathematical Statistics' Henry L. Rietz Lectureship, the Committee of Presidents of Statistical Societies' R.A. Fisher Lectureship, among many others.

His colleague, Trond Peterson remembers, "Leo was a major scholar and a remarkable person, with a rich and interesting life, including being John Nash's best friend (i.e., Nash, of the book and movie A Beautiful Mind) and a friend of Sylvia Platt (who wrote poems about him).

Leo received his PhD from Princeton in 1950, took a position at University of Chicago same year, and after 36 years there, moved to Berkeley in 1986.

Read more about Leo's life in the tribute article written on the occasion of his retirement in 2017 for the Sociology Newsletter.

Link to the Daily Cal obituary.