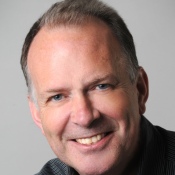 As a biostatistician, my research focuses on the application of novel statistical techniques to the design, analysis and interpretation of data arising from public health and clinical disease studies. I have a particular interest in epidemiological and intervention studies for infectious diseases. Particular applications include trials to reduce dengue fever worldwide and intervention trials to reduce HIV transmission in Africa  Recent work has also focused on Ebola vaccine studies and the epidemiology of COVID-19.  From a statistical point of view I am interested in survival analysis-- particularly current status data and other statistical methods for epidemiology, causal inference in intervention studies, cluster randomized trials, and longitudinal data analysis including trajectories. I am also involved in the use of statistics in human rights applications including the assessment of civilian casualties in times of conflict, and police killings of civilians in the US.

Since arriving at the University of California, Berkeley in 1981, I have held various academic and administrative positions, including serving as Vice Provost from 1994 to 2000. I am currently a Professor of the Graduate School in Biostatistics and Statistics, while simultaneously holding a position as Chair of Biostatistics and Epidemiology at The London School of Hygiene and Tropical Medicine. Previously I served as an Assistant Professor of Statistics at Princeton University, and have held visiting appointments at the University of Edinburgh, Oxford University, the Karolinska Institutet, and the University of Kyoto. In 2007, I was a Fellow at the Rockefeller Foundation Bellagio Study Center in Italy.

I am an elected member of the National Academy of Medicine. I am also a Fellow of the American Association for the Advancement of Science, the American Statistical Association, the Institute of Mathematical Statistics, the International Statistical Institute, and the Royal Statistical Society.  In 2012, I received the Marvin Zelen Leadership Award in Statistical Science from Harvard University, and am also the 2005 winner of the Snedecor Award from COPSS, as well as a winner of the Distinguished Teaching Award from the University of California, Berkeley's School of Public Health in 2004. In 2000, I was honored by the Director's Award from the Federal Emergency Management Agency for providing "extraordinary leadership and vision in implementing strategies that enhance the disaster resistance of the University of California, Berkeley, and universities throughout America." In addition, the 2005 Alfred E. Alquist Award was given to UC Berkeley's SAFER program that I launched and led for many years.