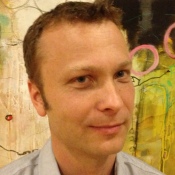 I am currently a professor of computational biology at UC Berkeley (since 2008) and a professor of biology at University of Copenhagen (since 2004).  I graduated with a PhD in Integrative Biology from UC Berkeley in 1998, did two years of postdoc at Harvard University and held my first faculty position at Cornell University from 2000 – 2004 in the now defunct department of Biometrics. My research focuses on developing statistical and computational methods for analyses of genomic data.  My methods, distributed in popular packages such as IM, ANGSD, and PAML, have been used in numerous scientific studies.

Most of my work concentrates on making inferences regarding function and evolution from molecular and genetic data. Some of the projects that I am currently involved in are in the areas of human population genetics, comparative evolutionary genomics, coalescent theory, and statistical methods in molecular ecology. Examples include analyses of large ancient DNA data sets to understand human history and origins, development of methods using ancestral recombination graphs for inferring patterns of demography, recombination, and mutation, and development of methods for identifying causal mutations and interactions among mutations.  Much of the research involves leveraging ideas from computational statistics to elucidate biology using large genomic data sets.